Vulvodynia is a condition, which few in the medical profession have yet to resolve or even understand. Little research exists and little is known about its origins or how best to treat it. What does seem apparent is that for those women who that do have it, it is a constant daily dis-ease. Characteristics of Vulvodynia may vary from woman to the next, what is very certain is that there is usually pain and possible burning of the vulva. The level of pain can change from mild to severe. The etiology behind the condition may vary from one woman to the next, so differential diagnosis is essential for individual patient care. This differential diagnosis is what sets Chinese Medicine aside from Western Medical approach. Two women with the same diagnosis may have completely different disharmonies, so treatment is very unique to the patient’s personal body care. 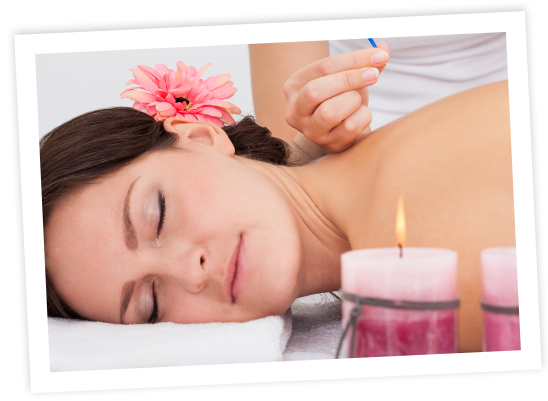 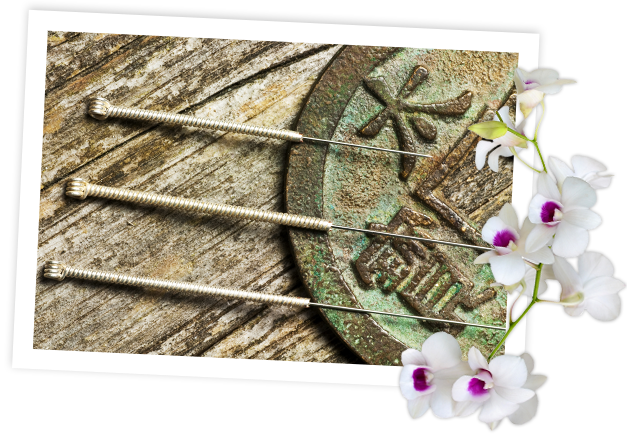 The formulation of points creates a reaction in the body. The body accepts the information and begins a cycle of change. Cycles of change can vary from one body to the next. Gradual improvement of symptoms is what is expected.

In Traditional Chinese Medicine the body is viewed as having patterns of harmony and disharmony. A practitioner pays very careful attention to what the condition of the body is. One examines closely what the blood is doing, what the “qi” is doing, and what it is not. The practitioner further seeks to determine where the patterns of disharmony exist. Differential diagnosis is attained and treatment to restore the body is begins. Women’s bodies are so diverse, that there are no two bodies alike. With treating Vulvodynia, I have noticed that even though there may be some similarities between patient’s symptoms, their etiologies or rather the root cause of the disorder is very different.

I first became aware of this disharmony about five years ago. I began treating a young patient who complained of sheer fire burning of her external genitalia. I remember feeling a bit puzzled because I had not heard of such a condition, so naturally I began to do some research. Very few of my colleagues had even heard of it. No one in my area had ever treated it. With this I began her treatment protocol.

The response that I have seen from my patients, lead me to believe that VV is completely treatable and I will explain why. I will cite two examples of patients that were treated with Acupuncture. What follows are two brief patient cases that were treated with Acupuncture. I’d like to mention that both patient’s are still receiving treatment, and are still obtaining very favorable results.

Mrs. P is a 35-year-old non-smoking married woman who was recently given a name to her burning and stinging of the vulva. For the past two years she has been treated for urinary tract infections. She has a history of low back pain and migraines. Although her migraines were a big concern for treatment, even more so was the constant irritation of the vulva. Mrs. P had a total of four treatments over the course of one month before significant results were obtained. Currently Mrs. P still comes in for treatment one time a month occasionally twice a month. Mrs. P is still undergoing treatment and is about 60 to 70 percent improved. There are many days where she is free from burning and stinging. She can remain free of discomfort for many weeks at a time.

Miss. M is a 49 year old, non-smoking non-married woman who was diagnosed with Vulvodynia over the summer of 2004. The pain started in 2003, but was recently given a diagnosis. Her major complaint is pain of the vulva. The pain is drawing in nature. The pain is worse while sitting and better lying down. Mrs. was initially treated with Chinese herbal formulas that were modified specifically for her disharmony. Three weeks into treatment she began to feel improvement of her symptoms. Initially her improvement was minimal, then gradually began to feel better. Currently Mrs. M is treated every 4 to 6 weeks.

I wish to express my very concern for the lack of study on VV and treatment. Many women that I have seen have informed me of different experimental procedures that their Dermatologist, Gynecologist and Neurologists have mentioned. I say experimental because there is no significant data to show proof of success. I have even heard of a new use for botox. Injecting botox was the latest that I have heard this week. This is a desperate attempt in the medical world. Although there is no concrete evidence of a cure, in any medical model, all physicians would like to see a resolution of Vulvodynia. I hope if nothing else to bridge the gap between a woman and her options for treatment. 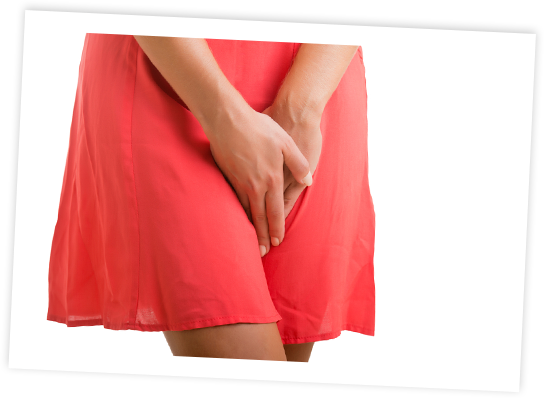 Acupuncture may be a treatment option

for Vulvodynia and Vestibulitis.

In the proceedings workshop sponsored by the US Dept of Health in collaboration with the National Institutes of Health, National Institute of Child Health and Human Development, Office of Research on Women’s Health, and the National Office of Rare Diseases on April 14-15, 2003, discussion on the lack of understanding and research on the subject of Vulvodynia was addressed. Dr. Elizabeth Stewart, of Harvard University had stated that physical therapy might alleviate the vulvar pain that was referred from the ligaments and joints in the spine and pelvis. One study did confirm that patients that used acupuncture to alleviate the pain showed improvement, and over all quality of life. She also did state that surgery for Vestibulitis was highly controversial because of the lack of clear pathophysiology for vulvar pain. There was great concern over cosmetic results. The overall consensus is that there is a relationship to the pudendal nerve being pinched. In Europe and in pain centers in the US, decompression of the nerve is attempted. Acupuncture is a great alternative to relieve compression of this nerve, and to strengthen overall system health.

Acupuncture is part of an ancient system of healing which incorporates all aspects of the physical and non-physical bodies. It is part of a larger doctrine called Oriental Medicine or Traditional Chinese Medicine. The belief is there is a vital energy that surrounds all living things. We call this “qi” or “prana”. It seems that just about every ancient culture has a name for it. We all recognize it as being real and existing. Even allopathic, western medicine has a name for it “vitality”. It is within this energy that the practitioner works his or her art. Constantly changing and creating harmony where there is disharmony, tonifiying what has been depleted and rectifying what has been in exuberance. The I ching states that all things are constantly changing and that nothing stays the same. This is the beauty of life. Every practitioner counts on this change to occur. After every treatment one anticipates the positive change in the body, hoping to rectify its disharmony.

Acupuncture points are small areas of energy that spiral round, each with a different action and indication. These small energy spirals travel a pathway, which for the most part connect to an internal body organ. However there are other pathways that do not connect to any organ, these are referred to as extra ordinary pathways. Then lastly there are smaller pathways that diverge from the larger ones and cross the body. These smaller pathways allow for even the smallest communication between energy and body. The insertion of a needle into an acupuncture point creates communication between the function of the point and the body’s energetics. 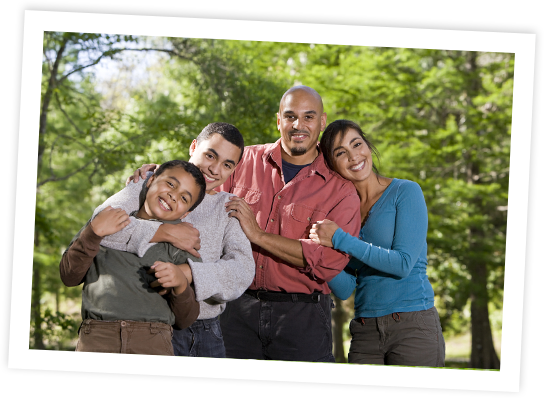 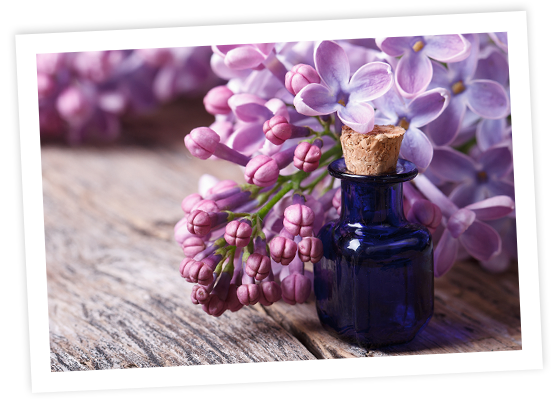 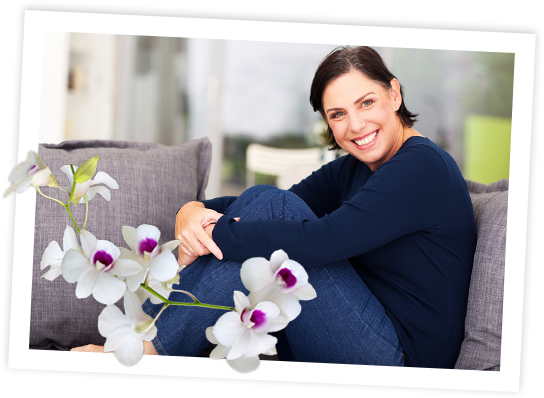 For more information read: Vulvodynia and Natural Methods to Treatments